The Most Popular Commercial Aircraft 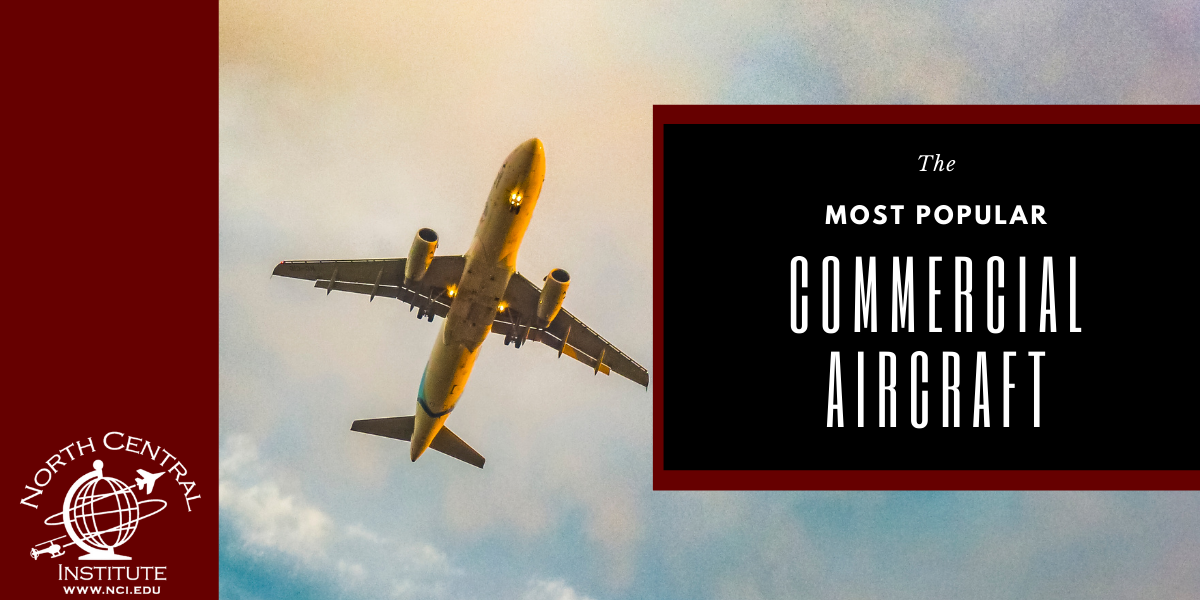 In the last century, thousands of commercial aircraft have taken to the skies. But do you know which ones are the most produced and most widely sold? It may not come as a surprise to you that most of them are made by Boeing and Airbus.

Although no longer in production, we couldn’t start off this list without mentioning the Douglas DC-3. First produced in 1936, this aircraft became one of the most extensively produced in aircraft history. Only around 600 civil variants of the DC-3 were built and operated by airlines such as American, United, TWA, and Delta. However, the DC-3 really took off when World War II broke out in 1939.

During the war, more than 10,000 US military versions were built. They were used by the armed forces of many countries for troop transport, to carry cargo, and to act as air ambulances. They were given various names such as C-47, C-53, and Dakota, but they were still the Douglas DC-3 at heart. Japan and the USSR even made their own versions of the plane.

Although production of the DC-3 ended in 1950, there are around 172 still flying on a regular basis today.

Another aircraft that is no longer in production is the Boeing 272. Originally announced in 1960, this aircraft was designed as a smaller city aircraft, perfect for lower passenger loads and shorter runways. In its first two years of service, there were more than 500 orders for it from airlines all over the world.

Production of the Boeing 727 ended in 1984, however Delta Air Lines, the last major U.S. carrier to do so, retired its last 727 in April 2003. Over the course of its production, there were a total of 1,831 aircraft delivered. Until the 1990s- when it was surpassed by the Boeing 737- the 727 held the title of most produced jet aircraft.

On March 13, 2018, the 10,000th Boeing 737 rolled off the production line. A world record that made it into the Guinness World Records. This plane was delivered to Southwest Airlines, an all-Boeing 737 airline. The first 737 took to the skies in 1967 and has since branched off into 10 different models. The newest model is the 737 MAX. Unfortunately, as of April of this year, all 373 MAX planes have been grounded by the FAA due to electrical issues. Boeing is still working on fixing them.

Six years to the day after the Boeing 727 took off, the Boeing 747 had its maiden flight in 1969. The 747 was the first aircraft to be nicknamed the “Jumbo Jet”. For a long time, it was the largest commercial transport aircraft until the Airbus A380 came onto the scene in the 2000s. The 747 is most popular for its use as Air Force One.

Unfortunately, after more than 51 years of service many airlines are retiring their 747s. Instead, they are opting for more fuel-efficient jets.

Since its first delivery to United in 1995, there have been more than 2,000 Boeing 777s, or “Triple Sevens” produced. The 777 is a super-jumbo, long-range, twin-engine, twin-aisle jet. It can transport between 300 and 550 passengers. It is currently the world’s largest twinjet. The implementation of ETOPS (Extended-range Twin-engine Operations Performance Standards) allows twinjet aircraft to fly further than before. It is thought that the 777 will continue to be a best seller as airlines are much more inclined to rely on two-engine aircraft for their long-haul flights.

Although first imagined in the 1970s, the Airbus A330 did not have its first flight until 1992. This long-range, medium capacity aircraft has been produced more than 1,000 times since it’s introduction. In 2017, the A330neo had its maiden flight. Both the Airbus A320 and A330 families have -neo varieties. The -neo suffix stands for “new engine option.” These new engines are meant to be more fuel-efficient, allowing aircraft to go further. They are also said to be quieter than the existing engines, which use the -ceo suffix, which stands for “current engine option”.

With so many planes in production and already in the skies, we need people to maintain them. There is currently a shortage of aviation maintenance technicians. If you’d like to learn more about what it takes to keep these aircraft operational for years to come, contact NCI today!