The FAA’s New Regulations for Drones 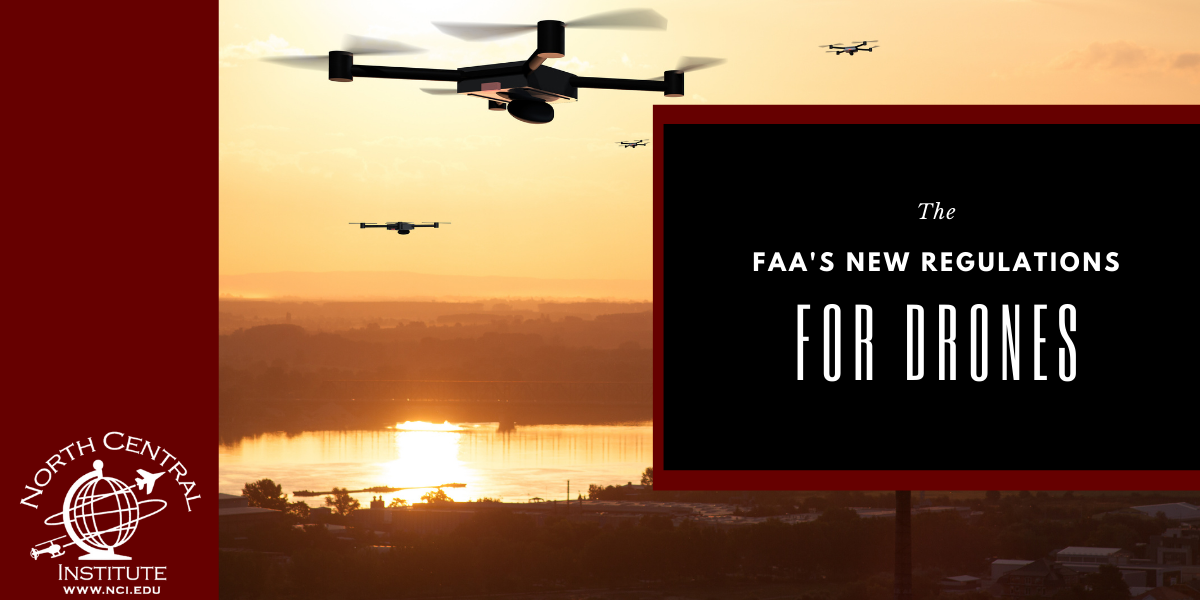 Every month we get closer to a world with drone infested skies, whether they’re from hobbyists or it’s your latest Amazon order. In order to keep everyone safe, restrictions must be put in place for both recreational and commercial drones. No matter what type of drone it is, it’s flying in the national airspace. This means that it falls under the responsibility of the Federal Aviation Administration (FAA). And earlier this year, the FAA announced that they would be implementing new regulations for drone owners and operators.

The FAA Reauthorization Act of 2018 requires pilots to take a test to operate in the national airspace. Not only that, it also includes important legislative changes to increase the safety and pace of unmanned aircraft system (UAS) integration. The newest requirement of the FAA Reauthorization Act is TRUST. TRUST stands for the Recreational Unmanned Aircraft Systems Safety Test. This test is required for recreational drone pilots. It is online, free to take, and should be able to be completed in roughly 15-30 minutes. There are four sections to be read, with questions following each of the sections. There are a total of 23 multiple choice questions. The test will help drone pilots learn information pertaining to regulation, airspace approvals, and pilot fitness.

In an effort to make sure the test is widely available and easily accessible to recreational drone pilots, the FAA has approved 16 organizations to provide the test. FAA Administrator Steve Dickson said in a statement, “We need pilots of all aircraft, including those who operate recreational drones, to have the training and knowledge needed to operate safely in the nation’s airspace.” Once a pilot completes TRUST, they will receive a certificate that never expires.

One of the organizations that administers TRUST is the Pilot Institute. Greg Reverdiau, a co-founder and instructor there, says that this test should more so be called training. Out of the 13,000 users who have taken TRUST at the Pilot Institute, the most common comment was people saying that they didn’t know what types of things they couldn’t do with their drones. Reverdiau was quoted saying, “This is all about training, it’s all about education people, and it’s working…I believe that the vast majority of people that get a drone have no idea what they’re supposed to do with it and I think this is going to help with filling in that gap.”

Along with the FAA’s TRUST, recreational drone pilots must register their drone if it weighs more than 0.55 pounds. The test however, is required of all recreational drone pilots no matter the size of the drone. If you are flying a drone for any reason other than just for fun- such as for making money, non-profit work, journalism, education, etc- then you will need to get your Part 107 license. This license, required under the FAA’s Small UAS Rule, will demonstrate that you know the regulations, operating requirements, and procedures to safely operate your drone.

Remote ID is the biggest drone regulation to be announced thus far, but it isn’t being implemented until September 2023. It is essentially license plate for your drone. Initially, the FAA wanted a unique sequence of numbers to be somewhere on the drone itself. However, since it would be impossible to see this from the ground they resorted to a digital “license plate”.  Drones will be able to broadcast their information within a short distance to the craft itself.

The idea behind this is that government agencies, law enforcement, and the general public should be able to track drones that are flying overhead. Remote ID will be sending out information on your drone’s location (latitude, longitude, altitude), along with its speed, your location, and of course the identifying number. Anyone with a personal wireless device (such as a cellphone) within the range of the broadcast will be able to receive the information. Luckily, only the FAA will be able to correlate the drone’s ID number with your personal information.

Most existing drones should be able to receive an update that would allow them to broadcast this signal without any additional cost. Drone manufacturers will need to fully comply with Remote ID by September 2022. It should be noted that only drones under 0.55 pounds and only flown recreationally are not required to have Remote ID. If your drone weighs over 0.55 pounds, or you are operating it with a Part 107 license, then Remote ID is required. A Part 107 license will also allow you to fly at night and over people and vehicles under the new Remote ID Rule.

The Future of Aviation

Not only can drones be used recreationally, but they are being used to help maintain aircraft. There are places on a plane that are much more easily accessed by a drone than a human when performing visual maintenance. Aircraft helping to maintain aircraft! If you’d like to learn more about what goes into aviation maintenance, contact NCI today!