The Concorde and Supersonic Travel 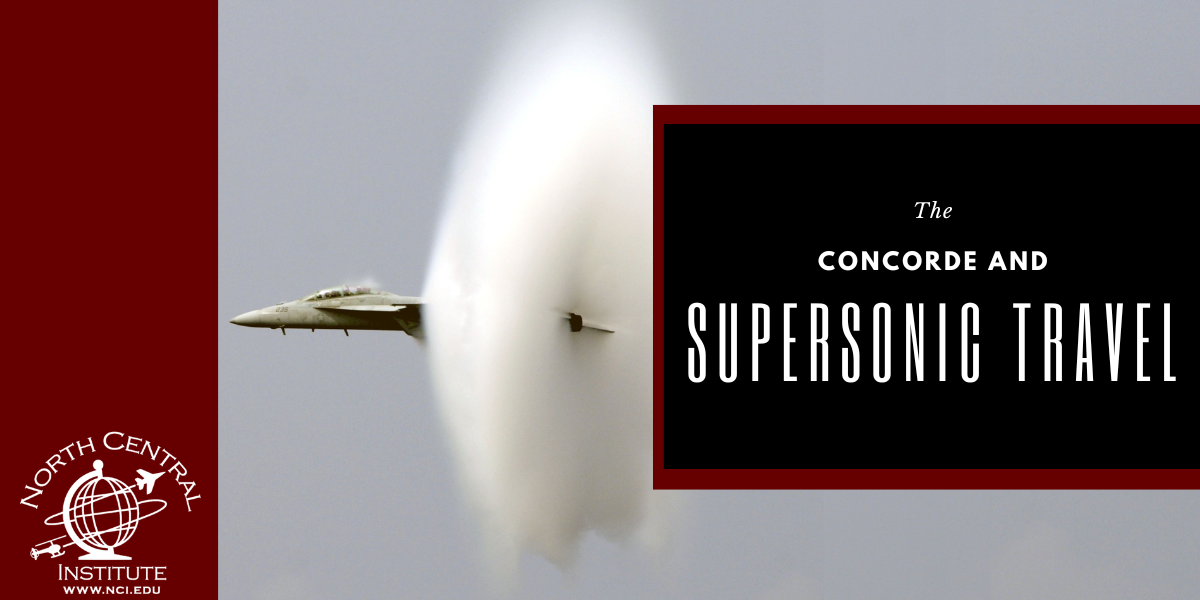 The first aircraft to reach supersonic speeds was a Bell X-1. This aircraft was a rocket-powered research plane piloted by Major Charles E. Yeager, an Air Force pilot. Although the Bell X-1 was built in 1946, it did not fly at supersonic speeds until 1947. The aircraft was actually dropped from the belly of a Boeing B-29 Mothership. Because of the air pressure and temperature where it was tested, the local sound barrier was around 622 mph. The Bell X-1 exceeded this, reaching a top speed of 700 mph- or Mach 1.06. After this first test, the military went on to build many supersonic aircraft.

The first supersonic transport or SST was a Soviet Tupolev Tu-144. Although its first supersonic flight took place in 1969, it did not begin its career as an SST until 1975. The Tupolev Tu-144 could reach speeds of up to Mach 2.2 which is more than twice the speed of sound. This plane would fly the Moscow-Alma Ata mail route beginning in 1975. In 1978, they began taking passengers. Unfortunately, the aircraft were pulled from service following a crash later in 1978.

The Concorde, the most notable of the supersonic jets. This was the first supersonic jet that acted as a passenger-carrying commercial airplane. It was built by aircraft manufacturers in Great Britain and France in a joint effort. The Concorde made its first transatlantic flight in 1973, and entered regular service in 1976 and going until 2003. The Concorde had a maximum cruising speed of Mach 2.04 or 1,354 mph. This cut the flight from London to New York to about 3 hours- effectively cutting the trip time in half. These days, planes usually fly anywhere to 460- 575 mph while at cruising speed.

After the only fatal crash of a Concorde in France in July 2000 where all 109 passengers and crew were killed, the aircraft saw a decrease in passenger numbers. Along with the September 11 attacks that deterred passengers and the rising cost of maintenance, the Concorde fleet was retired in 2003 after 27 years of service.

Now almost 20 years after the Concorde’s retirement, we are starting to see the beginnings of supersonic passenger travel on the horizon again. Boom Supersonic has been working on the world’s fastest jetliner, what some are calling the ‘Son of Concorde’. Unlike the Concorde, which was incredibly loud when breaking the sound barrier- often sounding like thunder or an explosion to those on the ground- the supersonic jets of the future are going to be much quieter. The Son of Concorde- or Overture- will also be more environmentally friendly, flying 100% on sustainable aviation fuel (SAF).

Unfortunately, the Overture will not start being made until 2024, with its first proper passengers being carried until 2029 or 2030. However, with new planes comes new systems that will need to be maintained. If you’re interested in becoming an aircraft maintenance technician, contact NCI today!