How Delta is Changing Their Pilot Requirements 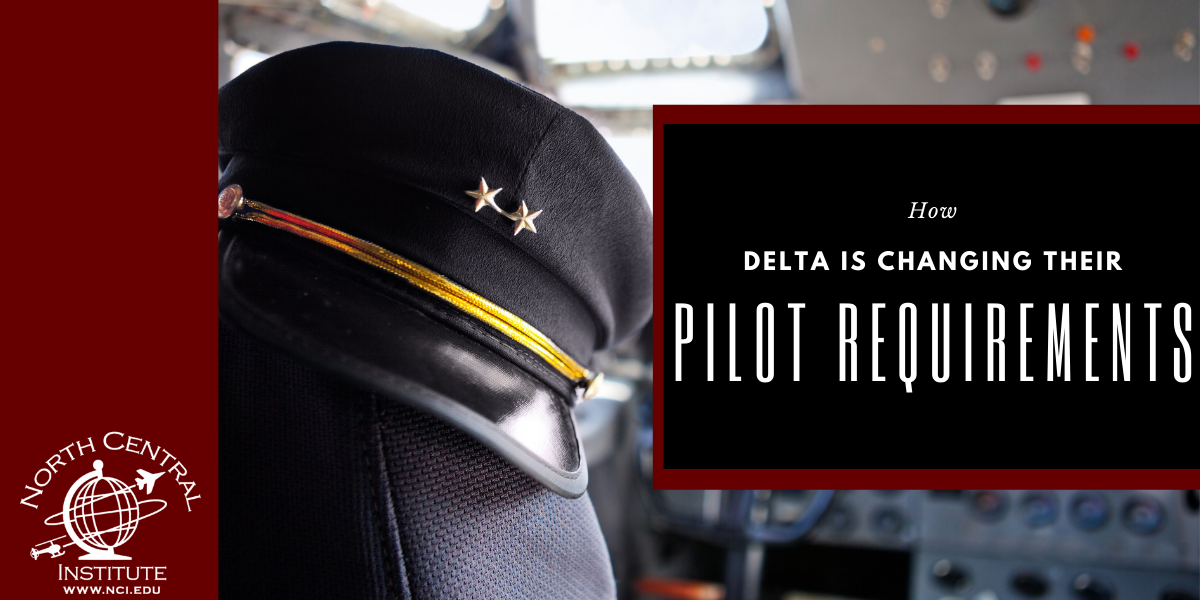 Like many careers out there, hiring requirements have been changing. In January 2022, Delta Airlines dropped their degree requirement for pilots looking to be hired. Where in the past the airline, like others, required a four-year bachelor’s degree, they have gotten rid of this. While Delta is only now making this change, Southwest, United, and American Airlines do not require a college degree either. Delta Airlines was the last major US fleet to make this decision, although FedEx is still requiring a four-year degree for its pilots.

Who Does This Change Affect?

However, during a flight, the duties of the captain and first officer are relatively equally shared. Because of this, one pilot will be referred to as the “pilot flying” and the other the “pilot not flying” or “pilot monitoring”. Even when the first officer is the one piloting, it is the captain that is ultimately responsible for the safety of all passengers and crew aboard the plane and of course, the plane itself.

Because most airlines promote by seniority only without their own company, they do not take into account any prior experience. They may have worked at another airline or been in the military before being hired at their current airline of employment. This means that the first officer on a plane may actually be older or even have more experience than the actual pilot.

Why Has Delta Changed the Requirements?

Like industries everywhere, airlines are experiencing a need for new employees. However, when asked by the Aircraft Owners and Pilots Association (AOPA), Delta did not immediately respond whether the change in college degree requirements was the result of a need for more pilots. In their statement, however, Delta did say they were making a four-year college degree preferred rather than required because it removes unintentional barrier to their Delta flight decks.

“While we feel as strongly as ever about the important of education, there are highly qualified candidates- people who we would want to welcome to our Delta family- who have gained more than the equivalent of a college education through years of life and leadership experience,” the Facebook post created by the Delta Air Lines Pilot Recruiting page stated on January 6, 2022. The post also stated that the changes are effective immediately.

The path to becoming a pilot is an expensive endeavor. However, removing this requirement will open up the hiring process to many who would have been barred from it previously. This will also help Delta to compete for pilots more competitively in a time when airlines are facing a shortage of pilots.

What Are Other Requirements?

The Facebook post created on the Delta Air Lines Pilot Recruiting page did also state that there are no other changes being made to their requirements.

If you are a pilot still looking to earn a bachelor’s degree, you may want to consider undergraduate majors in:

However, if you are looking to skip college- whatever your reasons- there are still a host of other requirements still in place for you.

Applying for a commercial pilot license (CPL) is your next step. There are a certain number of flight hours you’ll need to complete, along with flight school training and a written exam in order to apply for your CPL. Before you can apply for your final certification, potential first officers will have to complete a minimum of 1,500 hours of flight time and experience in varying situations. The final certification is an airline transport pilot (ATP) certification. Most commercial airlines now require first officers to have the ATP.

Shortages in the Aviation Industry

Although not cited as a reason for Delta’s change, many airlines are facing a shortage of pilots. However, pilots are not the only aspect of the aviation industry that are experiencing a shortage. Aviation Maintenance Technicians are another group who are dealing with this. If you’d like to learn more about the AMT shortage or how you can become an AMT, contact NCI today!