Things You Didn’t Know About Air Force One 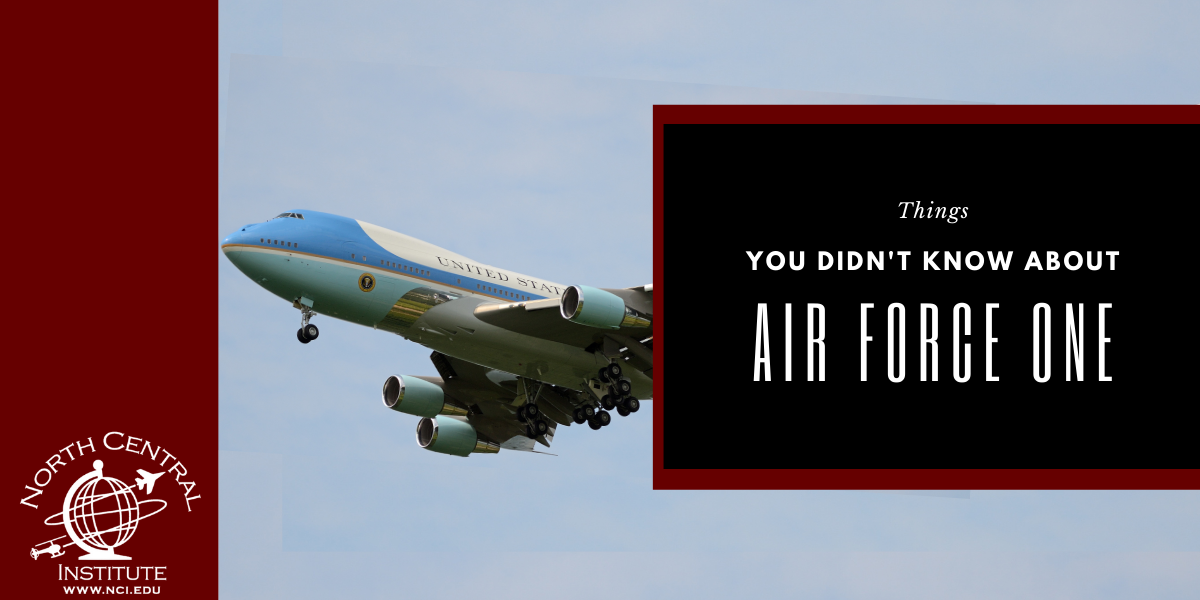 Chances are you would recognize the presidential plane if you saw it. The famous blue exterior makes it one of the most well-know planes today. It helps that it also has the presidential seal on the side and an American flag on the tale. But what do we really know about the aircraft that carries the president around? Here’s some things you probably didn’t know about Air Force One.

Who was the first president to fly in Air Force One?

Although the call sign didn’t come until much later, Franklin D. Roosevelt was the first president to fly in a plane that was specifically for presidential use. In February of 1945, he flew to the Yalta Conference to meet with the leaders of the United Kingdom and Soviet Union to discuss the post-war reorganization of Germany and Europe. The plane used, a VC-54C Skymaster, officially named The Flying White House, was used for another two years by the next president, Harry S. Truman.

The first president to fly under the official call sign of Air Force One was Dwight D. Eisenhower. In 1953, President Eisenhower was aboard the presidential plane, a Lockheed VC-121, whose call sign at the time was Air Force 8610. Air traffic controllers got confused and allowed a commercial plane with the same call sign (8610),to enter its airspace. To avoid any future confusion about which aircraft the president was aboard, “Air Force One” was coined. Although any plane carrying the commander-in-chief can be called Air Force One, it is now standard practice to use the term to refer to the specific planes used by the president.

What type of plane is it?

The first jet that was specifically built for presidential use was a modified Boeing 707. It was first used by President John F. Kennedy in 1962. Other aircraft designated as Air Force One include:

Since 1990, the planes using the call sign Air Force One have been two Boeing 747-200B series aircraft. However, these aren’t your average aircraft. There is 4,000 square feet of usable space over three levels. This includes the president’s suite with office, bathroom, and conference room. There are two kitchens and there is always a doctor on board. The aircraft has been designed to have an unlimited range, meaning it can be refueled midair. There are 85 phones, along with multi-frequency radios and wi-fi. Air Force One has a stop speed of 600 miles per hour, close to the speed of sound. It can also reach a maximum altitude of 45,100 feet, with is about 10,000 feet higher than the average Boeing 747. The next generation of Air Force One aircraft are scheduled to arrive in 2024. They will be new models of the Boeing 747, but will be longer and wider.

What is Air Force Two?

So that there is always one ready when the president needs it, there are actually two airplanes that are designated as the official planes for presidential travel with the call sign Air Force One. However, the second Air Force One is not Air Force Two. Air Force Two is the call sign given to the plane that carries the vice president. Typically, the V.P. flies on a Boeing C-32, which is very similar to the Boeing 757. You’ll never see either Air Force One or Air Force Two at the terminal because they stay where they land so that they’re ready to take off at a moment’s notice.

What is the “Doomsday” Plane?

Whenever Air Force One goes anywhere, there are both planes that precede it and follow it. The one that precedes it is a cargo plane that carries the motorcade. This way, when the president reaches their destination, their bullet-proof vehicle is there waiting for them and they have safe transportation from wherever they land to wherever they’re going.

The plane that follows Air Force One, however, is an airborne nuclear bunker and command center. It is popularly called the “Doomsday” plane, and there are supposedly four of them in existence though no one knows for sure. They were originally designed at the height of the Cold War to resist nuclear attack. The only countries that have designed and constructed aircraft specifically for this purpose are the United States and the Russian Federation. The ones owned by the United States are officially known as National Airborne Operations Centers (NAOC), although their existence is rarely even acknowledged by the United States Air Force.

Who performs maintenance on Air Force One?

If you’d like to learn more about how you can enter the exciting field of aircraft maintenance, contact out NCI today!