Who Controlled the Skies Before the FAA? 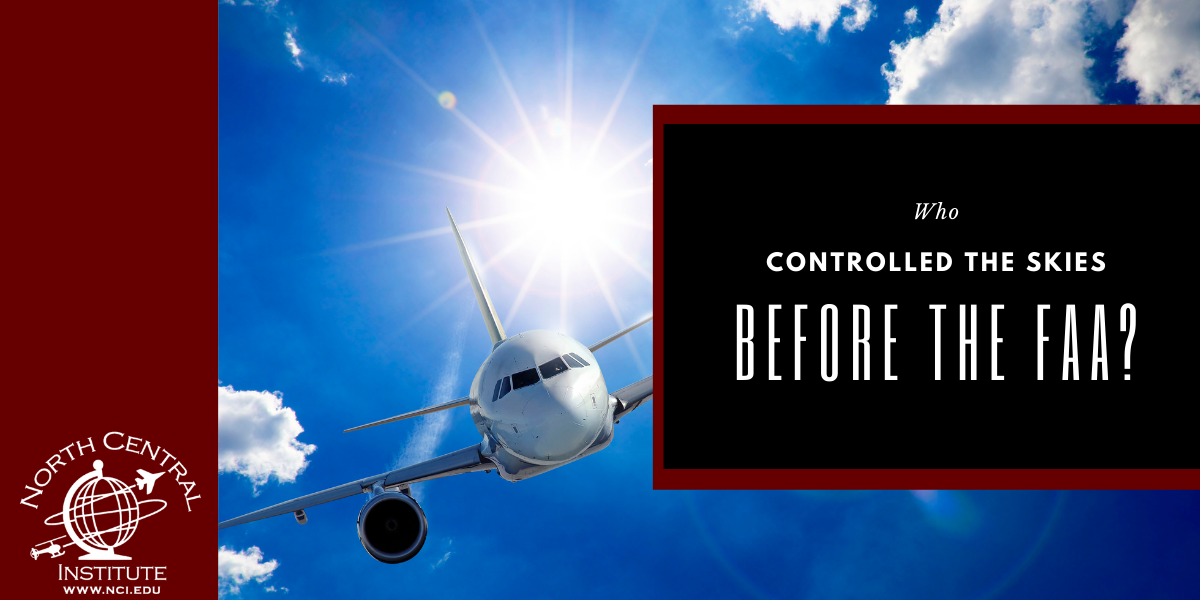 One cannot begin a discussion about the beginnings of flight without mentioning the Wright Brothers. Without their contributions to successful, powered flight, there would be no need for the myriad of regulations and laws that have since come into effect to keep both pilots and passengers safe. The largest transportation agency in the United States that regulates all aspects of civil aviation, is the Federal Aviation Administration. Often just referred to as the FAA, they are the ones who are ensuring the certification of both personnel and aircraft, along with setting standards for airports and managing air traffic. When the COVID-19 pandemic hit, it was the FAA who enforced cleaning standards for aircraft. Without the FAA, which was created in 1958, the skies would be a lawless place. However, what existed after the Wright Brothers first took to the air, but before the creation of the FAA?

A mere 17 years after the Wright Brothers first took to the skies, Flight Service stations started to pop up all over the United States. What started as air mail radio stations located on mail routes across the country, would someday become the FAA as we know it today. Airmail routes continued to expand across the United States. In 1920, the Transcontinental Mail Route was inaugurated. Stretching from San Francisco to New York, the route had 13 stops along the way.

These Flight Stations were locations for air mail pilots to get updates about incoming weather fronts and other aeronautical information they would need for their flights. Pilots could either radio stations directly from their planes, or they could call in advance using standard telephones on the ground. Today, Flight Service stations are still in use, working hand in hand with air traffic control towers during take off and landing.

In 1926, Congress passed the Air Commerce Act. This Act served as a cornerstone for aviation within the United States. It was believed at the time that the aviation industry could not reach its full potential and improve safety without assistance from the Federal Government. The Secretary of Commerce was now charged with fostering air commerce under the new Act. They would also be responsible for enforcing air traffic rules, licensing pilots, certifying aircraft, establishing airways, and operating and maintaining aids to air navigation.

Just one year later in 1927, the first pilot became licensed in the United States. It was William P. MacCracken, Jr., Assistant Secretary of Commerce. He had first offered the honor to Orville Wright, even saying the fees and examination would be waved. However, Orville Wright claimed he did not need a Federal license to show that he had been the first man to fly. At the time, Orville Wright was no longer flying as well.

Just three months after the first pilot’s license was issued, the first aircraft mechanic also became certified. The men who made the first successful, powered flight possible- the Wright Brothers and their mechanic Charles Taylor- were not the first ones in their fields to become Federally certified.

The same year as the Air Commerce Act, the Department of Commerce created a new Aeronautics Branch. Their primary job was to provide oversight for the aviation industry. In 1934, the Aeronautics Branch was renamed the Bureau of Air Commerce to reflect its growing importance for the nation. One of the first acts made by this newly renamed department was encouraging a group of airlines to establish the first air traffic control centers in Newark, NJ, Cleveland, OH, and Chicago, IL.

The Civil Aeronautics Act of 1938

The two new agencies created under the Civil Aeronautics Act of 1938 were created as an independent body meant to regulate airfares and establish new airline routes. The two agencies were the Civil Aeronautics Administration (CAA) and the Civil Aeronautics Board (CAB). President Franklin Roosevelt split the Act into these agencies. It was the job of the CAA to work with air traffic control, certify pilots and aircraft, enforce rules, and develop new airways. In 1946, Congress also gave the CAA the responsibility of establishing new civil airports throughout the country with the Federal Aid Airport Program. The CAB was in charge of making rules to enhance safety, investigate accidents, and regulate the economics of airlines.

The Federal Aviation Act of 1958

Although it took 55 years from the first successful powered flight, the FAA as we know it was signed into law in 1958. During World War II, there was very little change in the aviation industry. There was a drastic increase in the number of planes and staff that needed to be trained during this time. However, all sites were set on the war. It took until a fatal crash over the Grand Canyon in 1956 for real change to come to the aviation industry. United Flight 718 collided with TWA Flight 2 and resulted in 128 deaths, the largest loss of life in an aviation accident at the time. This mid-air collision raised public concern for unified airline safety.

How is the FAA still at work today?

Everyday we see news articles about changes the FAA are implementing. These days, their safety standards cover everything from aircraft to drones. If you are interested in a career as an aircraft maintenance technician, NCI can even help you become FAA certified! Want to learn more? Contact us today!