The Beginnings of Commercial Flight 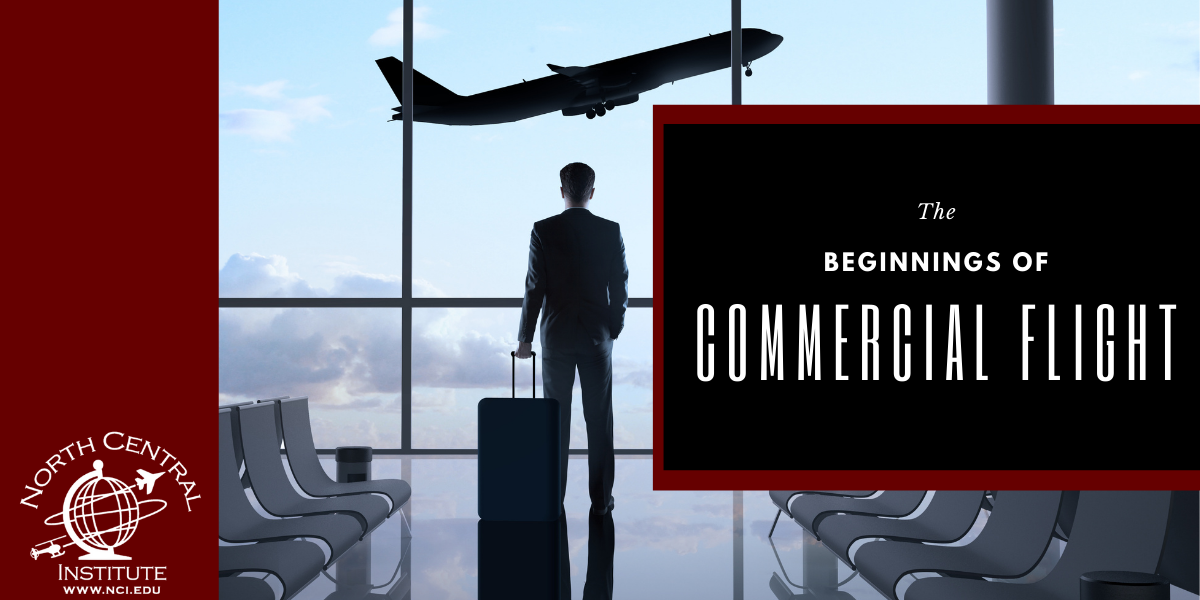 For a lot of people, the most important aspect of flying doesn’t even have anything to do with the plane itself. In fact, as long as they get their preferred aisle or window seat on the plane, most people don’t give it another thought. But there’s somewhere else travelers spend the same, or even more time, during their journeys: airports.

Now days, airports and airplanes go hand in hand. There were of course hundreds of flights before what is considered the first commercial flight. The first commercial flight took place in Florida in 1914. The first ticket of the brand-new St. Petersburg- Tampa Airboat Line was auctioned off to Abram C. Pheil, former mayor of St. Petersburg for $400, or the modern-day equivalent of $10,420.

Although this first airline was short lived- only lasting 4 months- they flew over 1,200 passengers between St. Petersburg and Tampa. A trip that used to take two hours by steam ship, 4- 12 hours by rail, and 20 hours by car now only took 20 minutes.

Because these flights were by Airboat, planes that took off and landed in Tampa Bay, there was no need for an airport.

The first airport was founded in College Park, Maryland when the United States Army Signal Corps created it to serve as a training location. Wilbur Wright instructed the first two military officers to fly the very first government planes in August of 1909. This wasn’t the only “first” this airport saw. That same year, Wilbur Wright flew Sarah Van Deman, the wife of an Army officer, making her the first woman to fly in a powered aircraft in the United States. Two years later in 1911, civilian aircraft were allowed to fly out of the airport as well. The College Park Airport, which is still in use, is the world’s oldest continuously operated airport.

The Hounslow Heath Aerodrome, which began as an airfield in 1909, was the first airport to have international flights. The site was in use throughout the first World War by the British military, but commercial flights ceased in 1920.

Although commercial flights began after World War 1, they did not really became popular until the 1950s. This is when jet aircraft were starting to overpower piston-engine aircraft. As aircraft became faster and more efficient, the public decided that flying was the way to go.

The Biggest Differences Between Now and Then

The biggest difference between airports now and the first ones created are the runways. The first runways were often any flat, even area that was relatively smooth. At the beginning, this often meant racetracks, golf courses, polo fields, or fairgrounds. Before powered flight, it was also essential that these areas had a predictable wind. The Wright Brothers chose Kitty Hawk, NC for their glider tests because it was on the coast with steady breezes off the Atlantic Ocean. Most other early flights were on prairies or near water, where wind patterns were the most predictable.

However, as aircraft became heavier and heavier, they needed something other than bare earth below their land gear. In the 1920s, tests began on different combinations of materials to make runways. They tested combinations of tar, lime, and cement. However, they settled on the concrete and asphalt mixture that is still used today. In order to withstand the wear and tear of take offs and landings, runways today are anywhere from 11 to 20 inches thick, depending on what type of aircraft they are servicing.

Along with a change in runways, airport security has changed vastly. The first exclusively commercial airport opened in Sydney, Australia in 1920 with a terminal design very similar to what we still use. At first, there were no sorts of security measures in place and no one was checking identification unless they were traveling internationally. The first modern security measures were introduced in the 1970s. But following the attacks on September 11, 2001, airport security became what it is today.

Although aircraft and airports have been constantly changing over the past 100 years, somethings have stayed the same. We have always needed pilots to fly the planes, passengers to ride in them, and crews to maintain them. In order to keep both the airport and the aircraft operational, there is much more going on behind the scenes than your average traveler will ever see. They’ll see the pilots and cabin crew that travel with them from city to city, but there are also hundreds of employees at each airport that ensure their safety.