How Do Airplanes Go in Reverse? 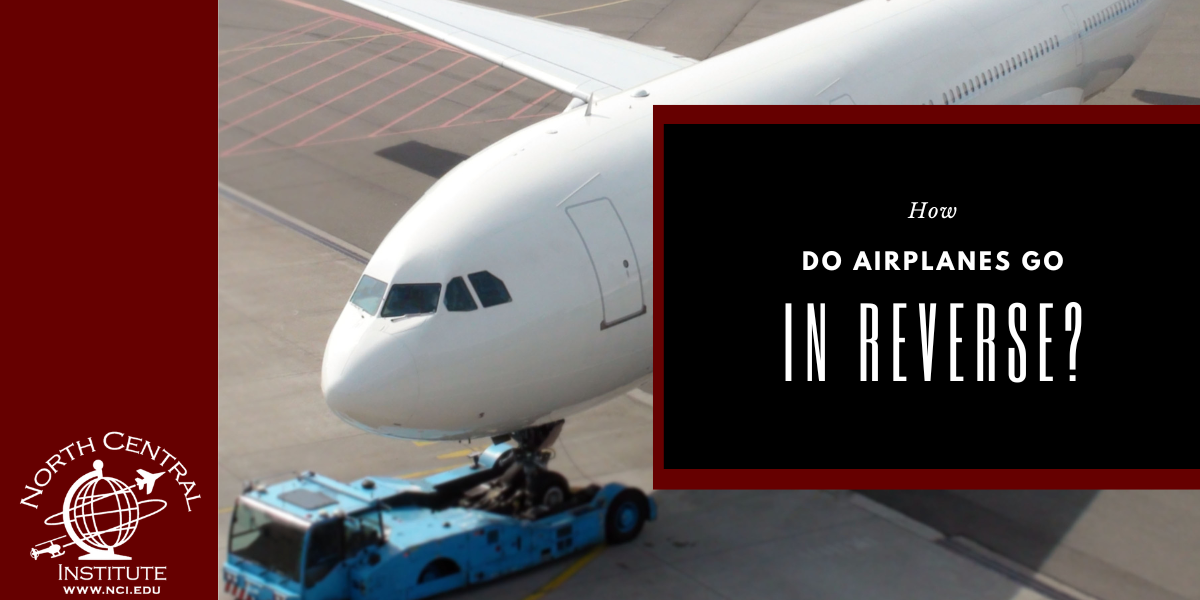 There’s really no need for an airplane to go backwards while it is in flight. If a plane does need to go back the way it came, it will simply turn until it is facing that direction. The sky is open and big enough that an airplane can do this without running into any other aircraft. Because the only time that airplanes really need to go in reverse is when they push back from their gate, airplanes do not have a reverse gear. Additionally, the wheels do not have power like a car. The only power a plane has comes from the engine or propellers.

Airports are full of extremely tight spaces and lots of people doing different jobs in those spaces. So, to navigate in these areas, like when planes are reversing away from the gate, they use a pushback tractor or tug. This is a special, low profile vehicle that connects to the airplane with a towbar and can steer it backwards away from the gate. Since airplanes do not have side-view mirrors or a backup camera like your car, the steering is done by the pushback tractor driver, not the pilots. Once the airplane is in position, the pushback tractor will be disconnected, and the plane will be able to go forward like normal.

Airplanes are meant to go forwards. This is part of the reason why the pushback tractors are used. However, there is another way airplanes can go backwards. This can be done with thrust reversers. This procedure can also be referred to as powerback. To powerback, the thrust reversers in the turbine engines are used to direct air forward instead of backward. This technique is also used to help planes slow down more quickly after landing.

Unfortunately, there are some major downsides to using the thrust reversers. In fact, many aircraft are banned from doing this at all when they are at their gate. The large blast of air caused by the thrust reversers can cause debris to go flying. This could damage the aircraft itself, other aircraft nearby, and be dangerous for ground crew. FOD, or foreign object debris, is already something airports struggle against. Any item, no matter how small, that gets sucked into the engine can cause catastrophic damage.

The power back operation is also extremely loud and uses a lot of fuel. With fuel prices seeming to be continually on the rise, every little bit that is saved means less money being drained from the airlines. Additionally, as previously stated, there are no sideview mirrors or backup cameras on planes. If the pilots wanted to reverse thrust away from the gate, they would not be able to see where they were going. Airports are extremely busy places with luggage carts and ground crew swarming around the tarmac. The last thing you want is a pilot flying- or driving- blind.

The movement of airplanes can affect everyone from the pilots to ground crew and the aviation maintenance technicians. Contact NCI today to learn more about what it’s like to have one of the most important jobs in aviation!