Why Airplane Windows are Round 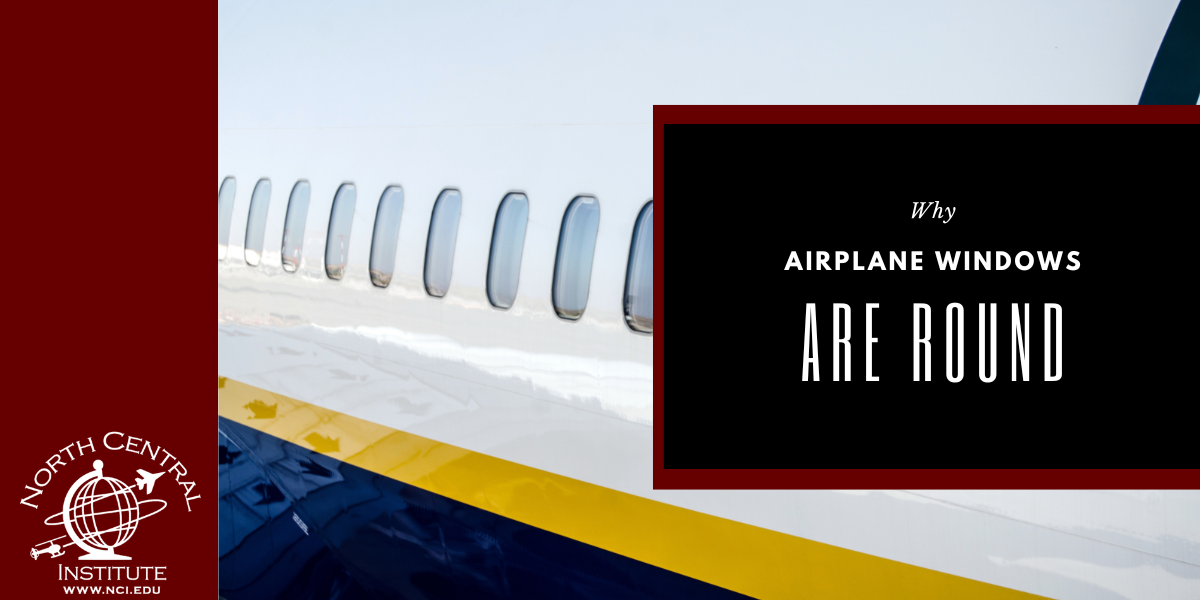 Walk into any home and the majority of windows you see are square. There may be a decorative one that is completely circular or have an arched top, but most will be square. However, if you’ve ever sat on an airplane and looked out the window, that window was round. It may surprise you to learn that the first commercial jets took to the skies with square windows. So why did their shape change?

In the beginning, airplanes did not have windows at all. If you look at any photo of the Wright Brothers, you’ll immediately note the lack of any windows or even solid structures. Their main goal was powered flight. They did not need to worry about the comfort of passengers, nor were they flying high enough or fast enough for it to matter. However, as airplanes continued to improve and fly further and faster, pressurized cabins were needed for the comfort and safety of passengers. The first pressurized airplanes were being built in 1940.

The first commercial jetliner to take to the skies was the de Havilland Comet in 1952. Because it used jet powered engines instead of being powered by pistons, this plane was much faster than its predecessors- about 50% faster. In its first year of service, it carried over 30,000 passengers including Queen Elizabeth, the Queen Mother, and Princess Margaret. The aircraft was also able to fly at around 30,000 ft. This means it could fly over the weather that other aircraft had to fly through.

The most distinguishing characteristic of the de Havilland Comet, however, was its square windows. Although square windows worked just fine in homes, they would soon spell disaster for the Comet. In 1954, there were two fatal crashes that led to the deaths of 56 passengers and crew. The aircraft both fell apart midair. It was discovered that the square windows were to blame. Because of their right angles, cabin pressure was concentrated on their corners and was found to be two or three times greater there than across the rest of the fuselage. After repeated use, this led to stress cracks and the windows eventually blowing out altogether.

Window shape needed to change. Enter the round window. Because there are no corners, there is nowhere for pressure to focus. Instead, it is evenly distributed across the surface. A round window is also a stronger shape, so there is less chance of it warping over time and causing faults that way. Now days, no matter what type of plane you board, you will notice rounded windows.

The Addition of Layers

It’s not just the shape of airplane windows that has changed over time. It is also how they are constructed. First off, the windows you see on aircraft are not actually glass, they are acrylic. This is a more durable material than glass.

There are also three layers to every aircraft window. The outermost layer is the thickest, to handle the pressure exerted on the outside of the aircraft. Next, there is another thick layer. If you’ve ever looked out of an airplane window you have noticed a small hole in this layer. This is to help the outer and inner pressures even out. The inner most layer in the thinnest since it only needs to withstand the internal pressure of the aircraft.

Because windows are such a large part of airplanes, they are an important part of the safety checks that aircraft are continually put through. If you’d like to learn more about keeping aircraft flight-worthy or want to get your career off the ground as an aircraft maintenance technician, contact NCI today!