The Origins of AMT Day 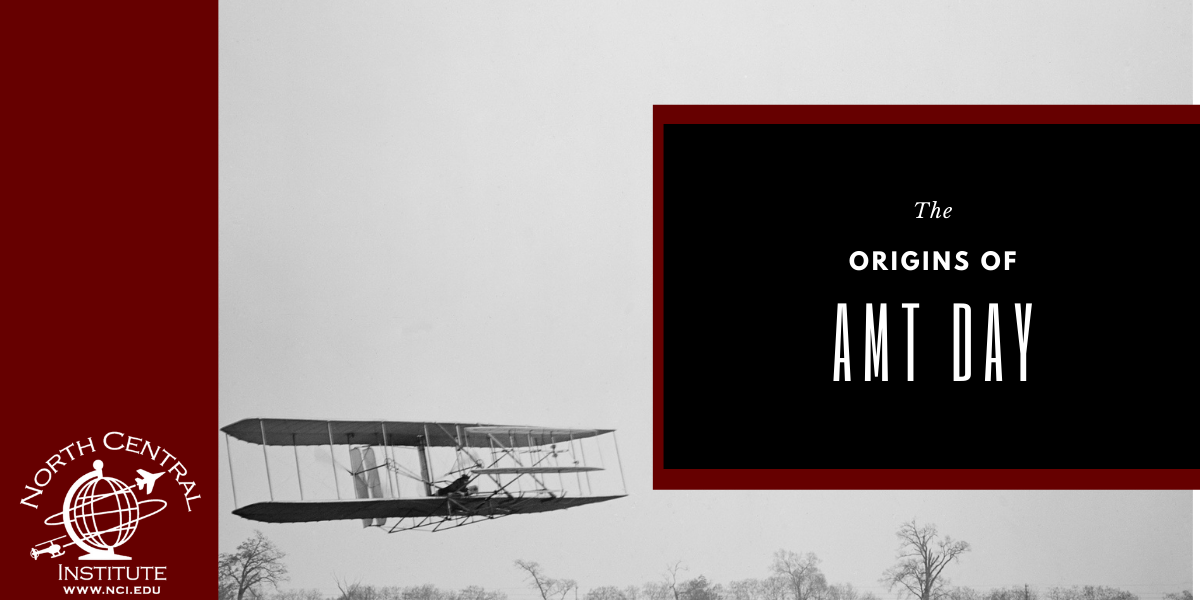 Although pilots and flight attendants are most often credited with the success of flights, it is the people we don’t see behind the scenes that make air travel possible. Without aviation maintenance technicians, airplanes wouldn’t even be able to get up off the ground. Every May 24th we take the time to honor these individuals and the work they do with AMT Day.

The Father of Aircraft Maintenance

Charles E. Taylor was born in a log cabin in Cerro Gordo, Illinois on May 24, 1868. Although his first job was working for the Nebraska State Journal as an errand boy when he was 12, Taylor’s true love was working with his hands. Before marrying Henrietta Webbert in 1894, he had started his own business making metal house numbers. However, two years later he and his wife moved to Dayton, Ohio, where there were better job prospects. Henrietta was also originally from Dayton.

Taylor worked at the Stoddard Manufacturing Co. making farm machinery and bicycles. Although he had known them already, in 1902 the Wright Brothers asked Taylor to come work for them at their bike shop. Taylor once said that he didn’t know anything about gliders, but he knew about bikes, so he agreed to work for them.

Everyone knows the story of the Wright Brothers and their first successful powered flight- powered being the key word. From hot air balloons to gliders, humans had been taking to the skies long before the Wright Brothers’ success in Kitty Hawk, North Carolina. Even the Wright Brothers’ first experiments with flight were with gliders. However, they had set their sights higher. But they needed an engine.

The problem was, no one had ever built an aircraft engine before. Using a metal lathe, drill press, and other hand tools, Charles Taylor built the 12 horsepower engine that propelled the Wright Brothers into the history books. It took Taylor about 6 weeks to build the engine.

Taylor continued to work in the field of aviation maintenance for more than 60 years.

How We Honor Charles E. Taylor

In 2001, the FAA created the Charles E. Taylor Master Mechanic Award. Named after the first aircraft mechanic himself, this award recognizes the lifetime accomplishments of senior mechanics. It is awarded to those who have at least 50 years of experience in the aircraft maintenance profession.

In 2008, the first AMT Day was celebrated. As a nod to Charles E. Taylor, May 24th, his birthday, was the day picked for this celebration. Because there are no days off from aviation safety, no one actually has this day off, but we can use it to recognize the commitment, integrity, and skill of all AMTs everywhere. Without Charles Taylor and without the AMTs currently at work, air travel would not be what it is today.

If you’re interested in continuing Charles Taylor’s legacy, you might consider becoming an AMT. To learn more about what it takes to become one, contact NCI today!