The Airplanes that Covid Put in Storage 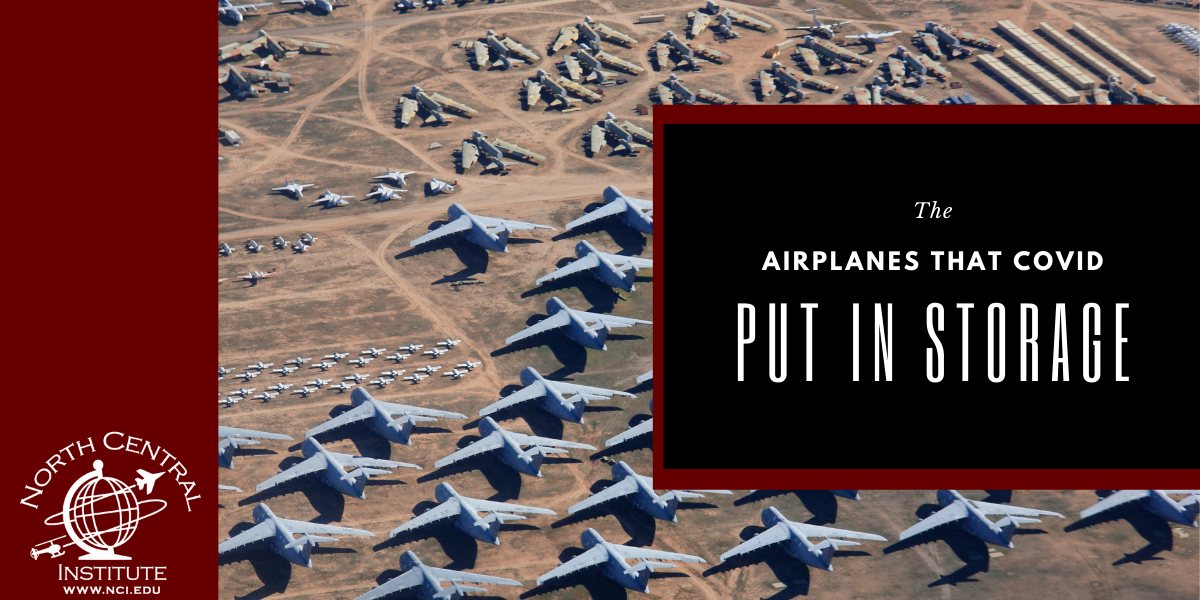 At the beginning of the Covid-19 pandemic, the airline industry was one of the hardest hit. While the world ground to a halt, millions of flights were cancelled. With all of those grounded flights, many airlines were forced to put their planes into storage.

Why they were put in storage

Whether it was because airlines were cancelling flights due to safety concerns, or because people just weren’t flying for those same reasons, air travel was hard hit by the pandemic. Somewhere around 7 million flights were cancelled all over the world as Covid-19 swept the globe. With a fraction of the passengers there were before, airlines just didn’t need their entire fleets. To save money, airlines forced some planes into early retirement and put others in temporary storage until there was a need for them once more.

Where they were put in storage

Storage facilities in hot and dry climates are the most popular locations for grounded aircraft. However, those facilities are mostly for aircraft that have been permanently retired. The largest of these aircraft “boneyards” is located in Arizona within the Davis-Monthan Air Force Base. The arid climate helps to preserve the roughly 4,000 aircraft housed there.

The planes that were temporarily grounded during the pandemic were mostly housed at airports. They were left at gates or parked on the taxi and runways. Their engines were wrapped with tarps, and their sensitive equipment like the airspeed sensors and windows were protected.

Even when they aren’t in service, airplanes still require plenty of maintenance. Whether parked out on a runway or inside a hangar, protection against insects and wildlife, such as nesting birds, is one of the challenges maintenance teams can face. If they are in a more humid climate, parts could corrode and interiors could become damaged. Planes parked out on runways will often have full tanks of fuel to weigh them down and keep them from rocking in high winds. Keeping fuel in the tanks will also ensure the tanks stay lubricated.

Are they out of storage now?

It is estimated that at the height of pandemic there were nearly 17,000 airliners sitting idle around the world. About 20% of United States airline fleets- which is around 1,000 aircraft- were put into long-term storage in 2020. As conditions continue to improve around the world, these planes are being removed from storage and placed back into active service.

Some airliner retirements that were not due until 2021 or beyond were moved forward since those aircraft were already in storage. Airlines did not think it worth it to take them out of storage just to retire them a short time later.

Whether in storage, permanently retired, or in active service, aircraft need maintenance. If you’d like to learn more about being an aircraft maintenance technician, contact NCI today!