The Aviation Industry’s Struggle with FOD 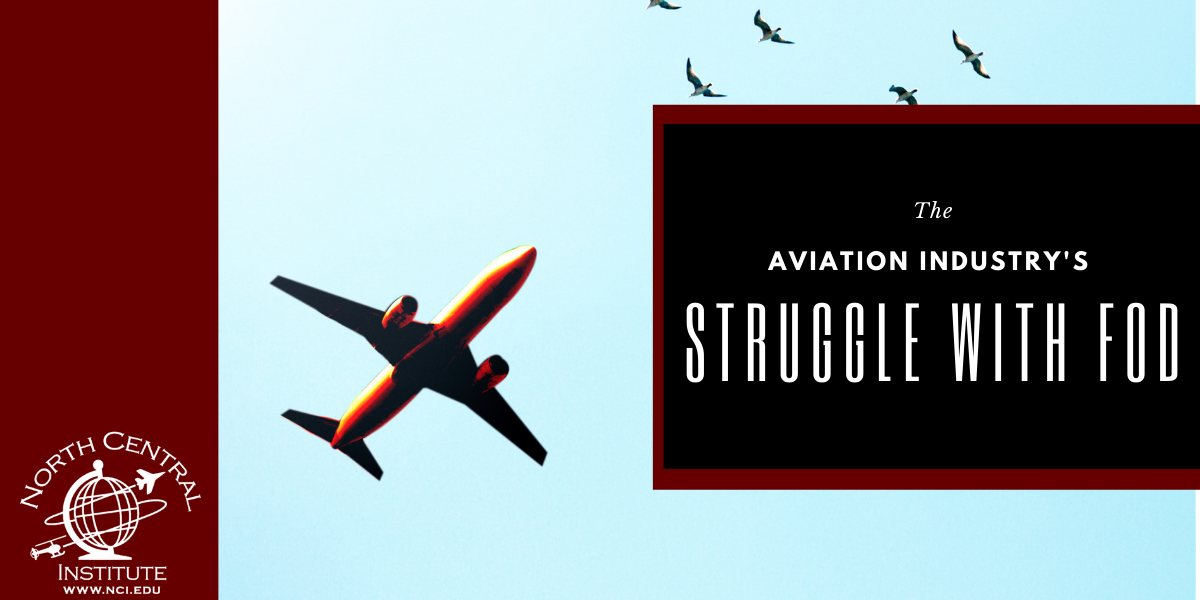 If you’re new to the aviation industry, especially as an aircraft maintenance technician (AMT), you’re bound to hear a lot of new acronyms. While you may already know some of them, one you might not is FOD. FOD is a constant struggle for both airports and the AMTs that work at them. So, what is FOD and what can we do about it?

When any of these objects causes damage to the engine or other parts of the aircraft, then it is considered the other type of FOD: foreign object damage. Best case scenario, the damage is only a dent to the exterior of the plane. Worst case scenario, the object ends up in the engine causing it to malfunction mid-flight. Not only can debris cause damage to aircraft, but jet engines also create a blast that throws debris everywhere upon take off. This could create a dangerous situation to personnel on the ground who could potentially be hit by stone, tools, tire fragments, etc.

The term “FOD” is mainly used in the aviation and aerospace industries. However, it can be used in any industry where quality and safety are a concern.

How to detect FOD

There are many ways to detect foreign object debris. When it comes to checking for larger pieces of FOD, visual inspections are done of the work areas, runways, and anywhere else the plane may be. Newer types of detection include using cameras, infrared technology, and radar to scan the area for debris. These systems can also help detect wildlife.

However, visual inspections and these technologies aren’t always the best choice when detecting smaller objects. To detect smaller debris, sweepers are used. They can quickly and easily sweep runways and hangars. Although not all foreign object debris is magnetic, magnet bars can also be used in the detection of debris. The FAA

How to prevent FOD

Although there are so many ways to detect FOD, what if it was preventable in the first place? One way to help prevent FOD is to make a checklist for every time you perform maintenance on an aircraft. A checklist will help put you in the habit of checking for various types of FOD throughout your workday.

Before starting a job, visually check your work area or the hangar itself for any debris or objects that shouldn’t be there. While you work, keep all tools in a localized area or on a mat. Every so often, take a moment to visually assess your tool area, making sure nothing is missing. After you complete the job, assess your tool area again. It is also a good idea to perform a walk around of the entire area around your workspace.

Unfortunately, FOD isn’t always preventable. One of the most well-known FOD incidents was the “Miracle on the Hudson” in 2009. Shortly after take-off out of LaGuardia Airport, US Airways Flight 1549 was struck by a flock of birds. The airplane lost all engine power and was forced to make an emergency landing in the Hudson River. Luckily, all 155 people on board were able to be rescued safely with only a few serious injuries.

Whether preventable or not, FOD has always been and will continue to be something the aviation industry struggles with. If you’d like to learn more about what it’s like to be an AMT performing repairs from FOD and regular maintenance on aircraft, contact NCI today!