Why Pilots Should Also Be Aviation Mechanics 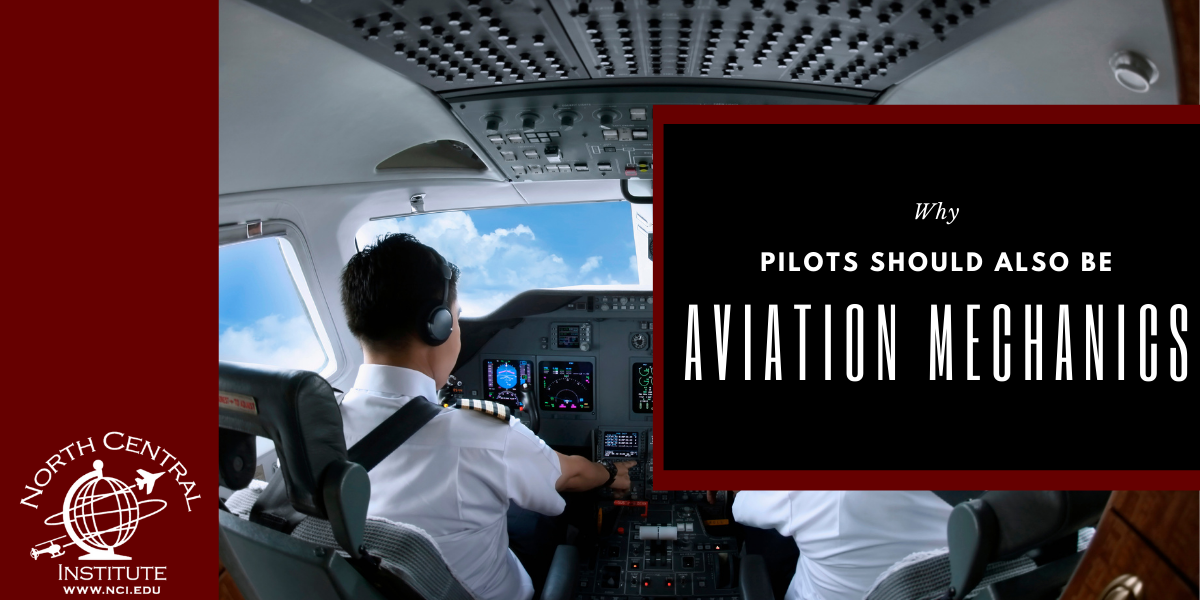 Although there has always been a kind of rivalry between pilots and aircraft mechanics, one cannot exist without the other. Aviation Maintenance Technicians (AMTs) did not actually exist yet when the Wright Brothers made their first flight, they had Charles Taylor. Charles Taylor worked in their bike shop and built the first aircraft engine, which made him the first aviation mechanic. Without an engine, the Wright Brothers’ plane would not have flown. Without an airplane, there would have been no need for an engine.

It makes sense to us that car mechanics also know how to operate the cars they work on. However, most people who have driver’s licenses don’t know much, if anything, about what’s under the hood. There seems to be even less overlap in the aviation world. Most aviation mechanics aren’t pilots, and most pilots aren’t aviation mechanics. When entering the aviation field, people usually only choose one specialty. They will only be a pilot, or only be a mechanic. Why would they need or even want to be both? Let’s find out.

What maintenance do pilots perform?

Before every flight, there is a preflight checklist that must be gone through. A preflight checklist is a list of tasks that either the pilot and/or the crew must perform before the plane can take off. You can find general preflight checklists online, but every plane has one that is specific to them. These checklists, whether general or specific, have procedures to test the airworthiness of every part of the plane from the wings to the nose.

Preflight checklists were first brought around in 1935 after a fatal accident during the first test flights of the B-17. Instead of having to rely on the pilot’s memory to go over every system, a list was made. These lists, though comprehensive, must also be precise and efficient.

However, pilots are not climbing into the belly of the beast or getting up on maintenance stands to get the full picture. There is only so much a pilot can see when they perform a walk-around inspection or go through their preflight checklist. Inside an aircraft are miles of wires and unseen electronics. Not to mention thousands of bolts holding it all together.

How do pilots and mechanics communicate?

One of the most important parts of a preflight checklist is going over the maintenance log for the aircraft. This is the mechanic’s way of telling the pilot what maintenance was performed on the plane. These logs will also help the pilot to determine if the aircraft is actually airworthy or not.

What seems to be the cause of the tension between pilots and mechanics, however, are gripe sheets. Gripe sheets, or squawk sheets or aircraft discrepancy logs, are filed with the maintenance log and other aircraft documents. They are written by pilots after flights. Pilots use them to tell mechanics about any problems they encountered during the flight that need to be repaired or corrected. Once action has been taken by the mechanics, they record this for the pilot to review before the next flight. Sounds simple enough.

Unfortunately, this is where pilots and mechanics run into the most miscommunication. Most often, the pilots’ description of the problem is too vague to help the mechanics. This means that time is wasted while the mechanics go through and troubleshoot unnecessary systems in search for the true problem.  A while back, some supposedly real “gripes” from Qantas Airways made the rounds online. Although humorous, “gripes” tend to be much more serious in nature.

Why should pilots be mechanics?

Since they know more of what is going on inside the plane, they know more about what the engine should sound like or the cause of different indicator lights. However, because they are also a pilot, they know how the controls should feel and how the plane should act. Having all of this knowledge, can help them to not only be a better pilot but a better mechanic. For careers, such as Alaskan Bush Pilots, it is imperative that they be both pilots and mechanics.

If you own your own aircraft, there is some basic preventative maintenance the FAA will allow you to perform, even without further training. However, even these more basic maintenance items, like changing the tires or oil, can require more knowledge than the average person might have. But if you are also a certified mechanic, then you can more easily keep your aircraft in tip top condition.

Already a pilot and want to become an aircraft mechanic?

Our Part 147 program is for people with little to experience. Here at NCI, we will teach you everything you need to know about the inner workings of your aircraft. If you still need convincing, you can check out our blog The 5 Best Things about Being an Aircraft Mechanic. Still got questions? Contact us today!