The Anatomy of an Airplane 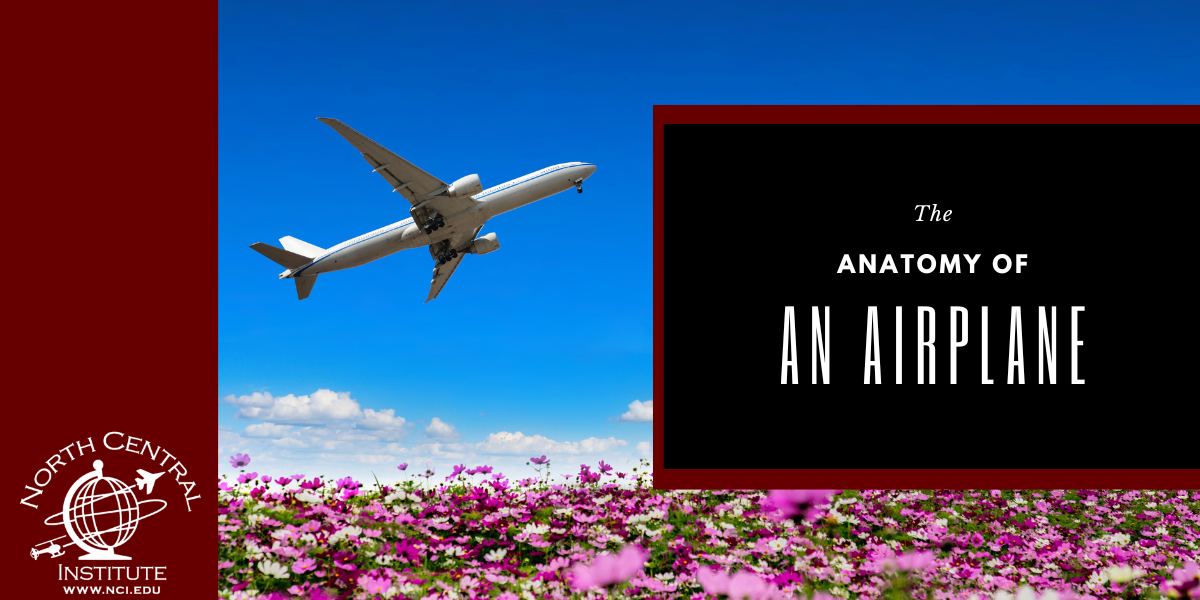 Although there can be vast differences in the various types of airplanes, they all have the same general components. These parts all working together is what allows airplanes to not only get into the air but stay in the air. Each of their individual functions will be explored below.

The cockpit is located at the front of the fuselage. This is where you will find the pilots and everything it takes to operate the plane. Much like your car having a dashboard, pilots have an instrument panel that will tell them key information about the plane. Pilots can control heading, speed, altitude, and more with their flight controls. Their navigation displays can show them route information, including waypoints, windspeed, and wind direction. The equipment to communicate with Air Traffic Control (ATC) is also located in the cockpit along with the transponder that will show ATC the plane’s location.

Without wings, airplanes would not be able to get off the ground. There are many parts that make up the wings of a plane and they are all critical to creating the right amount of lift and drag a pilot needs to keep the airplane in the sky or to come in for a safe landing. Ailerons and flaps are both located on the trailing edge of the wing. They can create more lift or drag to help the airplane turn and to create additional lift during takeoff.  Slats are located on the front of the wing and also help to create lift. Oppositely, the spoilers on the wings are there to reduce lift and allow the plane to descend.

The tail, also known as the empennage, is located at the very end of the fuselage. It can help the airplane with stability. The horizontal stabilizer keeps an airplane’s nose from moving up and down, while the vertical stabilizer helps to prevent side-to-side motion. In combination with the wings, an airplane’s tail can also help create lift. The elevator and rudder, which are also located on the tail, can help pilots to change the course of the airplane.

The engine is also one of the most critical parts of flight. It creates the thrust needed for the plane to fly. In general, there are two types of engine:

Propellers are just another part of an airplane that can create lift. Propellers are installed vertically on a plane and help it to move forward, instead of upward like the wings. It is the thrust and forward motion that propellers create that cause air to pass over the wings. This in turn allows for vertical lift.

Once you are up in the sky, you will need to come down eventually. The landing gear is located on the under side of the airplane. It consists of wheels and shock struts to soften the impact of landing. While many landing gear are retractable, not all of them are. A tricycle type wheel configuration is the most common. With one wheel in front and two behind- or two located in the front and one in the back- this allows for the most stability during landing.

It takes all of these different parts of an airplane working together to safely transport both people and cargo through the air and around the world. If you are wondering what it takes to maintain these systems and keep both planes and people safe, you can learn more about becoming an aviation maintenance technician by contacting NCI today!