The Main Sectors of Aviation 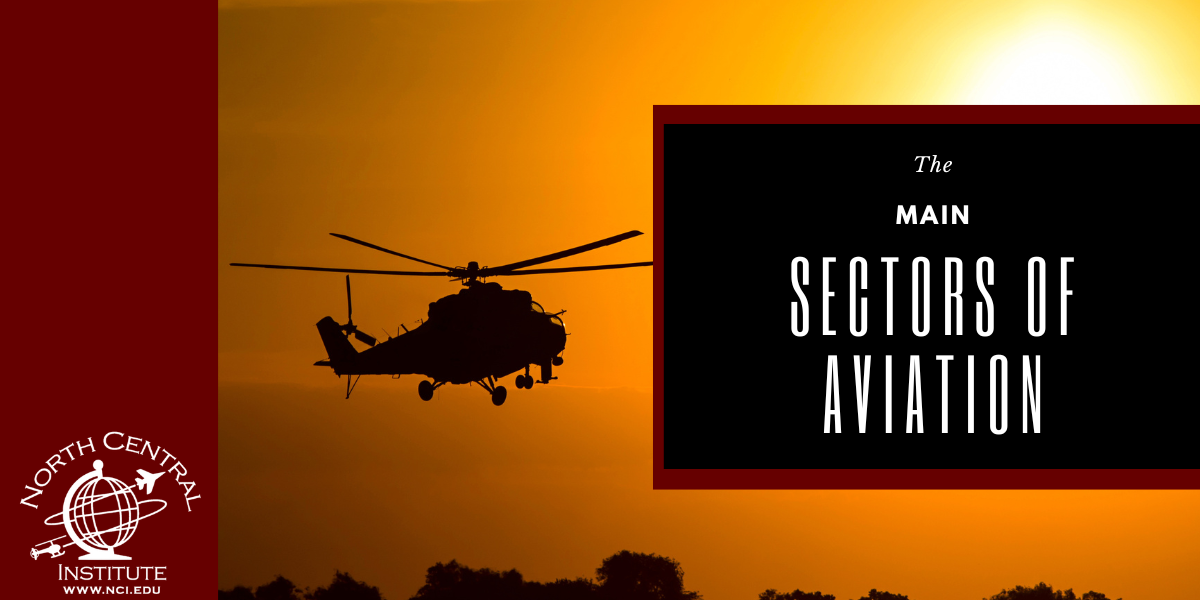 Like aircraft themselves, the aviation industry is made up of many different moving parts. From pilots and air traffic control to aviation maintenance technicians and ground crew, there are hundreds of different careers available to you. Regardless of the career path you choose in aviation, there will be different oversights and regulations that are determined by the sector of aviation you fall under: civil or military.

Civil aviation can be used as an umbrella term to cover all parts of aviation that are not overseen by the military. From there, we can then break civil aviation down into commercial aviation and general aviation. Although the two often overlap, they do also have their distinct differences.

If you’ve ever booked a flight with a major airline or made a purchase from another country that had to be shipped to the US, you have taken advantage of commercial aviation. Commercial aviation covers all aircraft that are hired to transport either passengers or cargo. It is also what allows people to travel on a schedule for either personal or business trips.

Regardless of what sector you fall under, all of them need aviation maintenance technicians. If you were in the military and are now seeking civilian employment as an AMT, NCI may be able to help! You can learn more about our military evaluations or contact us today on our website!