The Most Common Causes of Aviation Accidents 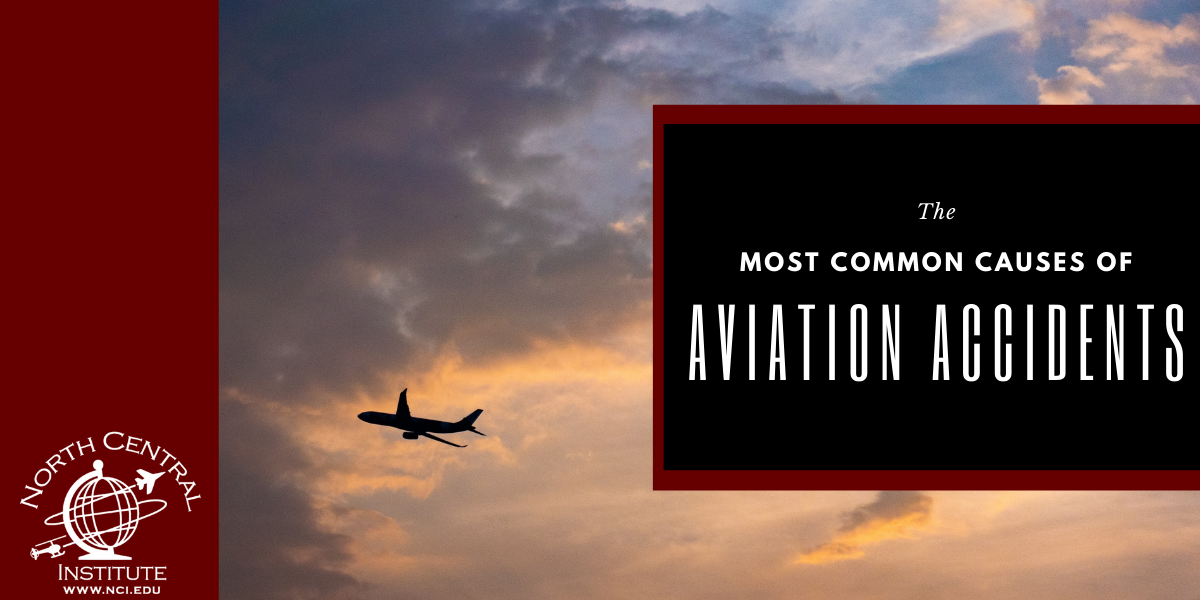 Fear of flying- or aviophobia- is one of the most common fears you can have. Many things can cause this fear, from claustrophobia to a fear of heights. However, one of the most common causes of aviophobia is a fear that the plane will crash. Statistically, you are more likely to be struck by lightning or be attacked by a shark than you are to perish in a plane crash. It is even 100 times safer to fly than it is to drive.

Approximately half of all aviation accidents are caused by pilot error. This can refer to any decision or action made by the pilot, or even the lack of action. Because pilots are involved with every stage of the flight, they could make an error at any time. Flying a plane is among the most complex jobs there are. Despite modern innovations that can help to automate many features of air travel, pilots must monitor dozens of readouts and gauges throughout the course of a flight. If the average passenger wandered into the cockpit, they would not be able to make heads or tails of all the different instruments and indicators they would find. There can be many causes for why a pilot would make an error. They can include:

However, we must also remember that even though errors made by the pilot could cause an accident, the pilot is the last line of defense if something has gone wrong. One of the most well-known cases of this happened in January 2009 when Captain “Sully” Sullenberger landed his plane in the Hudson River. The plane had collided with a flock of geese which caused both engines to lose power. It is because of the work of the pilot and co-pilot that Flight 1549 was able to land safely with no casualties.

Because air traffic controllers must coordinate the comings and goings of many different planes at once, there is a possibility for error. Pilots rely on the information they receive from air traffic controllers while they are in the air. The decisions they make are based on things such as weather and fuel while they schedule the takeoffs and landings of planes. Any error that they make could result in an aviation accident- even one including multiple aircraft.

Snow, wind, rain, and fog can make driving more dangerous. This is the same when it comes to flying. Many of the accidents caused by harsh weather conditions occur while the plane is taking off or landing. No number of electronic aids like compasses, satellite navigation, or weather data can truly prepare the pilot for taking off or landing in these conditions. There have been cases of planes trying to land in snowstorms and skidding off the runway. Bad weather can also affect take off. If there is a build up of slush or ice, planes will not be able to reach take-off speed. Although severe thunderstorms can cause turbulence while in flight, lightning is not the danger passengers often think it is.

In the grand scheme of things, airplanes haven’t really been around all that long. They are huge feats of engineering with millions working parts. Although aircraft are regularly inspected, it is still possible for parts to malfunction during flight. Sometimes these malfunctions are caused by wear and tear of the parts, but they can also be caused by improper repairs or equipment adjustments. However, it is often a catastrophic, unforeseen failure that can cause an aviation accident. In 1989, a disintegrating fan blade caused the left-hand engine of a plane to lose power. However, confused by the instrument panel, the pilots accidentally shut off the right-hand engine. Without any power, the aircraft crashed short of the runway causing multiple deaths and injuring many.

Can aviation accidents be prevented?

As you can see, it usually isn’t just one problem that causes an aviation accident. It is usually a combination of factors. An engine may give out, but the quick response of the pilots can save the aircraft and those within it. Aviation accidents are often much more complex than people realize.