The History of Aviator Sunglasses 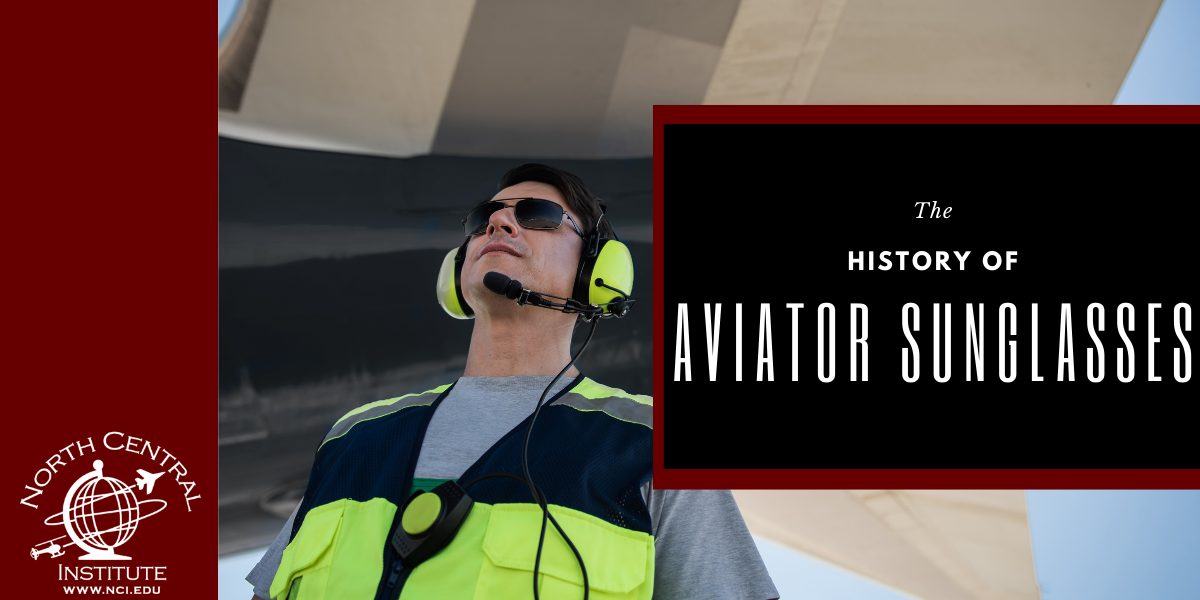 Aviator sunglasses: a classic look that goes with anything from a three piece suit to a swimsuit. They may even be a part of your summer style. Like many things we use day to day (like Kleenex and Duct Tape) aviator sunglasses were invented by the military. Now aviators are used by both military personnel and civilians alike.

Unlike other sunglasses, aviator sunglasses were first meant to be worn under headgear. Because of this they have thin monel, steel, or titanium frames and instead of being flat, the lenses are slightly convex. This allows them to cover the entire field of vision of the human eye, reducing the mount of light entering the eye from any angle. The lenses themselves are usually very dark and sometimes reflective. The double bridge is one of the defining characteristics of the aviator sunglasses. Some have flexible cable temples that hook more securely around the ears to keep them in place.

The first aviator sunglasses were commissioned by the US military in 1935. This first aviator style of sunglasses was the U.S. Army Air Corps D-1 Sunglasses made by American Optical. American Optical has been around since 1833, designing, manufacturing, and marketing all kinds of eyewear, but primarily sunglasses. They are the oldest optical company in American history, so it makes sense the military went to them. Since then, they have originated sunwear styles worn by not only pilots but Presidents and NASA space crews.

The next design for aviator style sunglasses did not come around until 1941. Because this next style was produced in large quantities for both pilots and sailors, they were made to fit the standards of both the U.S. Army Air Corps and the U.S. Navy. Therefore they are referred to as the AN6531 (AN: Army/Navy) military sunglasses. The AN6531 sunglasses standardized the teardrop shaped lenses we know today. They chose this chape for the pilots who were constantly looking down at their instrument panels while flying. . The color of the lenses was originally green, but was changed to a rose smoke color to better protect pilots’ eyes from sun glare. The nickel plated frame was made out of copper alloy so that it wouldn’t interfere with compasses. Unlike the D-1 sunglasses, this next iteration was produced by not only American Optical but also Bausch & Lomb, The Chas. Fisher Spring Co., Wilson Optical, and Rochester Optical Co Frame

It wasn’t until after WWII that the AN6531 sunglasses were available for civilians to purchase. After the war, everything military was in fashion, meaning the popularity of aviators took off and has been flying high ever since.

Although aviator style sunglasses were available to civilians before WWII, it wasn’t until after the war that they gained in popularity. The first aviators sold to civilians were available in 1937 and were made by Bausch & Lomb. When they were designed in 1939, they were patented as the “Ray-Ban Aviator”, a name that may sound familiar. However, the aviator title would not become a household name until WWII but General Douglas MacArthur wore the frames as he landed on the beaches of the Philippines.

Photojournalism was just beginning to transform the way Americans and the world got their news. Photographs of MacArthur sporting this look took off like wildfire and became one of the defining images of WWII.

After the war, Hollywood picked up the look and ran with it. From Marlon Brando’s 1951 film The Wild One to 1986’s Top Gun (which just got its long-awaited sequel), aviators have been a staple accessory.

Now days, anyone in the aviation field can sport the classic look of aviators: from pilots to aviation maintenance technicians. Contact NCI today to learn more about what it’s like to have one of the most important jobs in aviation!