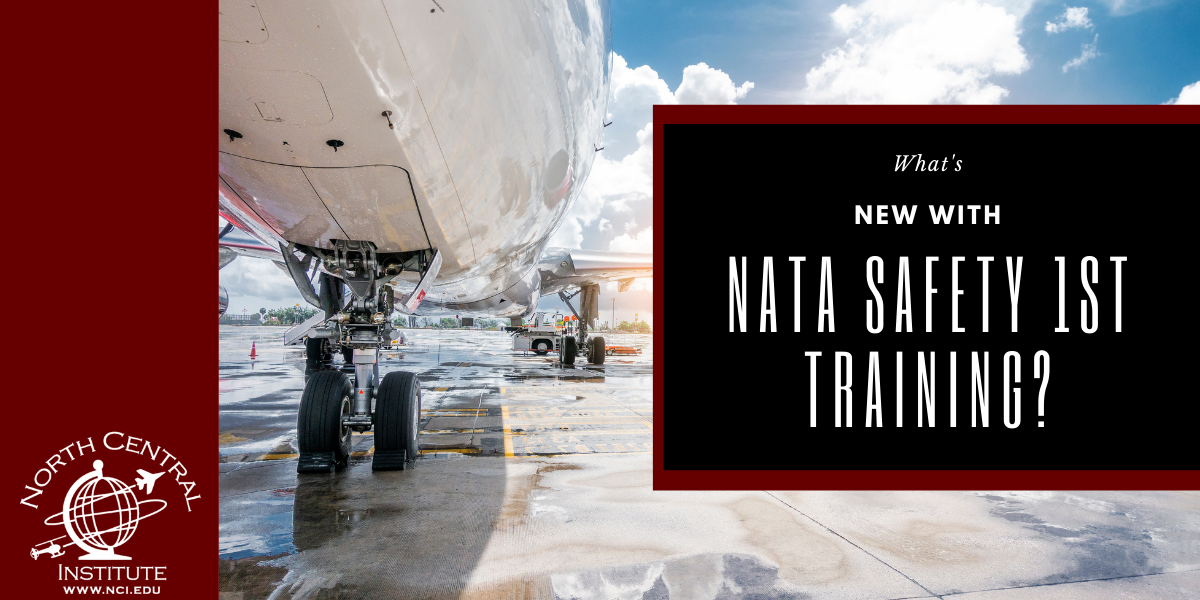 Did you know that the National Air Transportation Association (NATA) was making changes to its Safety 1st Professional Line Service Training Program? NATA first announced that they would be making these updates in 2019. However, with how crazy 2020 was, you may not have been keeping up with all the exciting new features being introduced.

The History of the Safety 1st Training Program

The Safety 1st Professional Line Service Training (PLST) program has been around since the mid-1980s when it was first introduced by AMR Combs. Since its introduction, it has gone through a few changes.

The most notable change that NATA made to the program was in 2008 when they added the online component. Since then, the program has remained relatively unchanged. However, the launch of the Safety 1st Training Center (SFTC) is a major factor in the changes being made now.

The SFTC is an online learning platform for aviation businesses that has tools to help them with training, safety, and performance. They are always expanding their course catalog. For example, there are now courses offered on fuel quality control and customer service. The new Safety 1st Program will simply be an expansion of the SFTC.

The online aspect of the PLST program was powered by Adobe Flash Player. Unfortunately, since December 31, 2020, Adobe has not supported Flash Player. In addition, Adobe recommends that Flash Player should have been uninstalled from all systems by January 12, 2021.

With Adobe Flash being phased out at the end of last year, it was time for NATA to make changes to the Safety 1st Program once more. These changes were announced ahead of Adobe Flash Player’s end of life (EOL).

In September of 2020, the official timeline of the retirement of the program was announced by NATA. This is when the phase-out of the old program, now referred to as the “Legacy” Safety 1st Program, began. The phase-out will continue into 2023. At this point in time, the legacy system is only available to administrators for records management. This will continue until June 1, 2023. After that, the phase out of the legacy system will be complete.

How Do the Old and New Programs Differ?

The main difference between the legacy program and the new program is how students will progress through them. In the legacy program, students had to complete the entire curriculum before they could earn their certification. Each student was completing the same courses, regardless of their interest or need.

The new program however, offers more flexibility and more customization. Instead of being certification-centric, it is now ratings-based. This means that students can focus on tasks based on their operational needs. They will earn specific ratings as their training is completed in each area. These ratings will indicate qualified job functions.

Not only that, the SFTC has updated much of its content: providing new videos, photos, and audio. There are also more training resources and they have redesigned their student and admin interfaces. But the changes do not stop there. There is now full mobile compatibility with both Android and iOS systems. This means you can access everything you need from wherever you may be.

What Do the Old and New Programs Have in Common?

While changes have been made to how students progress through the program, there are still things that the two programs have in common. Since the online component was added in 2008, there has always been a mix of e-learning on computers and hands-on work. Since this has been such an integral part of the program, that will remain the same. Students will also have a mix of practical and written exams, even though their course structure will be so much different than it used to be.

How Has the Corona Virus Affected This?

We all know what a crazy year 2020 was for everyone, and the craziness isn’t over yet. Because of the Corona Virus, there also exists the Safety 1st Clean standard. This standard was created by the NATA Safety Committee. To help reduce the spread of the virus, the committee wanted to provide general guidance on facility cleaning, disinfecting, and facility operations during a pandemic. You can even find a list of certified Safety 1st Clean Locations on their website.

Who is the SFTC for?

Now that you’ve read all these great things about NATA’s new Safety 1st Training, you may be wondering who it’s for. NATA’s safety programs, specifically the PLST, have become the “standard” in the Fixed Base Operator (FBO) industry. An FBO is anyone who has been granted the right by an airport authority to operate on that airport or provide aviation services. There are a great number of services that an FBO could be providing, including repair and maintenance of aircraft.

Interested in the repair and maintenance of aircraft? Right now is a great time to get into the industry, and NCI can help! If you’d like more information on what types of programs North Central Institute has to offer, head on over to our website!